"The DCX MAX is a really great flight sim! In analog Cessna 172 mode, it behaved very well - the controls felt like the real airplane, the OBS knobs worked like they should, and the sight picture looked really good too. Flying it with Simulation Flight was way better than other sims I've flown." 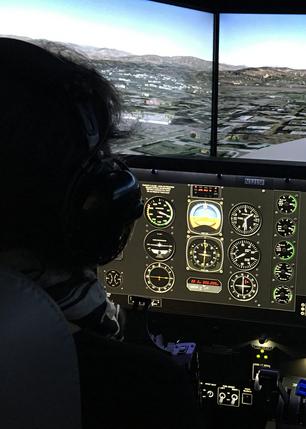 ​The DCX MAX from Precision Flight Controls is the newest AATD cockpit system flight simulator on the market. The functionality rivals most flight training devices and full flight simulators. The system boasts an impressive list of standard and optional features that make it the most advanced trainer in its class. The DCX MAX represents the ultimate value for flight schools or universities that require maximum versatility, functionality and fidelity within a budget. The DCX MAX is deployed on six continents and is fast becoming one of the most popular cockpit AATD systems in the world.